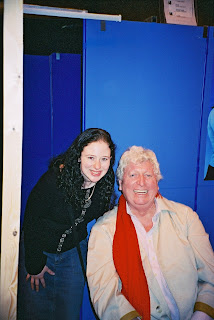 Jay bought a bunch of DVDs because they were Region 1 (American) and I bought trading cards (STNG and Neopets) and Nightmare Before Christmas candle holders. Then we went home and watched some of the (fourteen) DVDs that Jay bought.
Posted by Wondra at 19:30