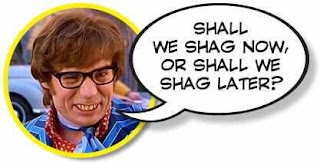 You know, I just haven't felt like being online the last few days. Ever get that feeling?

I've been feeling really crafty so I've been busy beading and crocheting and stuff. Should have some new pics up soon.

In other news, Jay's brother spent most of last week in the hospital. He had really bad abdominal pain, like screaming bad pain. So he was in and out of the hospital until the bloody NHS decided to actually do their jobs and find out what was wrong with him.

Turns out, he had FIVE ulcers! Ouch! Anyway, so much for his Atkins diet....I think Jay's mum and I are going over to see him tomorrow afternoon.
Posted by Wondra at 10:13 No comments:

I haven't posted in awhile because I've been a busy girl!

I had to call the American Embassy and the British Counselate to sort out the legal stuff so Jay and I can get married. (In four months. Yay!  *happy dance* I'm so excited! ...Don't worry...we're doing the big wedding thing a year after... If you're trying to figure out how Wondra Davies sounds, don't...It's gonna be Vanian... Lol. )

Thursday, I went with Jay's mum (She calls me her Yankee daughter-in-law. Lol.) to buy a new cooker for our kitchen (If you're just tuning in, we had a kitchen fire three weeks ago.) and we ended up buying a new VCR for me and Jay too! (And a McDonald's!) So now we have our new VCR, TV and entertainment stand all set up. Wahoo. (And we can have the old ones upstairs for our room. Score!)

Yesterday, Jay and I went to Cardiff and got 'Allo 'Allo and then went to Liam's (Jay's nephew) birthday party. (Not to mention McDonald's. Lol.)

I met Jay's grandma for the first time yesterday. She was, well, not very grandmotherly. They hadn't seen each other in a long time and she acted like she didn't even care that he was there or that he told her we were getting married. I guess it's because Jay and his dad (her son) don't get along very well.

Well, not well at all. But, his dad wasn't there. I probably won't even meet his dad. Not until after we're married, anyway. I understand the whole family thing though. I mean, look at mine.

Anyway, we went to Sean's afterwards too and I got to play with their new kitten. It's a pedigree Persian and it's SO cute! It's only three and a half months old but it's HUGE. And guess what... We're getting a kitten in three months now! It's a Ragdoll. The kittens are being born at the beginning of next month and we get to go pick it out then. (A husband and a kitten... How lucky am I? )

Round Trip plane ticket to Michigan: £244

Walking into the arms of the man you love after two weeks away: Priceless

It's damned good to be home.

When I got home Friday I felt like walking around going "hello door", "hello couch", "hello stairs", "hello burnt kitchen stove"...but, by the time I got home, I was too tired to say much of anything.

This is the part where I explain that my plane landed at 9:45am and we got home around 5pm. I should also explain that I'd been up since 8am Thursday. And, that I was detained for over 2 1/2 hours at the airport. I'm now officially an "immigration case" to the British government.

I got stopped at customs and asked about a million questions. Then, the girl that was questioning me, got my suitcases and searched them all. After she decided that nothing in my luggage was dangerous or dodgy, she told me to have a seat while she called Jay.

An hour and a half later...*groan*...she came back to tell me that before she'd talked to Jay and the Chief Immigration Official, she had no intention of letting me back into the country. That was a scary thought!

So, she gave me a six month tourist visa and told me that Jay and I have three to four months to start applying for a fiancée visa because after the six months is up, if Jay and I aren't engaged or married, I won't be allowed back. But then I got to go and meet Jay and that was better than good. It was a huge relief to see him again. (I know ya'll think I'm overly sappy, but being that far away from Jay for that long was hellish.) I'm so happy to be home and be with Jay again.

We had a small Valentine's Day. Since we were both stressed from the fiasco at the airport and money is tight and everything, we just exchanged small pressies and had McDonald's. (Actually, we've had four McDonald's in two days. LOL.) I got a HUGE card and a soft plushie.

Jay's brother and his friend Lurk showed up last night and I was SO not happy about that. But, Jay was so sweet and it was obvious that he didn't mean for them to come up so I didn't have the heart to complain. (I couldn't resist the odd barb at Lurk but... It's Lurk. Lol.) I was happy just to be with Jay on Valentine's Day.  Well, on any day for that matter. I love you, Jay.

Well, I have a movie to finish and a crohook project to start before the dogs' walk...See ya...

My plane lands tomorrow though... Friday the 13. So wish me luck! (Happy, safe, warm feeling thoughts. Lol.) My luggage is under the weight limit. I take that as a good sign. Lol.

Sorry, if I seem totally "WAH! " but I just have this chant going in my head. "Home, home, home, home, home...." which is strange because I lived in Michigan my whole life minus six months but, in that six months I felt more at home in Wales than I ever did here. (I think that explains that whole "I don't belong here" feeling I always had in high school. Lol.) Would you think I was a total geek if I said it has something to do with the whole soulmate principle? (Did I spell that right or is my Eaton Rapids education revealing itself again?) Well, okay... I won't say it.

But I'll think it.

It's been great to see all my friends again though.

Until then, keep your sporks at the ready, don't be afraid to do parade dances in public, visit your local bead store on a regular basis and remember that if all else fails, flush the cat.  Cheers to everyone who put me up these two weeks and to the parents who mother me. Now, I must lug my 120+ pound luggage downstairs and visit senior el bano. (Perhaps, though, not in that order since clenching and lugging don't go well together.)

Okay... I realise that I haven't made any posts here in over a week. But I'm on vacation so it's all good, right? Even if it IS a FORCED vacation. A forced vacation that's almost over. I CAN GO HOME SOON!  I get to see Jay in just four days! Yay! Until then, it's just me, Katie and the cats. Lol. And not even Katie because she's gone from 9:30-8:00. It's just me and the cats. Lol. "I was all by myself... I was thinking of you..." Lol. Wait, who sang that?

Did I mention that our house caught on fire the day before I left? Yup. It was freaky. Jay's mum left the house while she was cooking and forgot to turn the cooker off. Now, we have no cooker. Oopsies. But, our house didn't burn down and no one got hurt so it's all good. (Jay and Sean beat the fire down with our bath towels btw.) The best part of the whole thing? The neighbour leaning over the fence and saying, "Is something on fire?" while we had black smoke billowing out of our house and we were all gasping for air. The second best part of the whole thing? The three of us, in varying degrees of soot, going to get a Chinese because our dinner was ruined. The scariest part of the whole thing? Jay and Sean laughing hysterically while their mum burst into tears over her ruined kitchen. (Did you ever notice that nothing NORMAL happens when I'm around? Lol.)

My plane ride was actually okay. I did learn that I can't read on planes though. UGH. Apparently that whole motion sickness thing applies to planes too. I got searched too getting on. I mean, take your shoes off, give me your coat and bag type searched. Not, I think you have drugs please step into this room and drop your pants searched. Lol. I did wonder what they thought I was hiding in my shoes though. I left the crochet needle in my suitcase and that was the most dangerous object I had with me. This time, though, I'm taking my bead case and spiffy new crohook back with me too. This should be fun. And, oh, yeah...My plane lands on Friday the 13. Grreeeaaattt. And why does everyone keep laughing at me when I tell them that? Like it's FUNNY that my plane could go hurdling thousands of feet to a fiery death! Ha. Ha. Ha. But I refuse to get paranoid about it...Flying is the safest form of transport. (See...If I keep telling myself that...It'll be okay. Lol.) It's a seven and a half hour flight overnight but I don't care because Jay will be there in London to pick me up.  Poor Jay. He has to get up SO early to get to Gatwick on time...

So I've seen all of my friends and even my brother which was a total suprise. I called my parents to see if they wanted to see me but they got all bitchy with me. But you know what? I'm getting sick of trying with them anyway. Everytime I try to be civil to them and keep communication channels open (Even though they kicked me out and disowned me and all that...) they basically tell me to go to hell. So, fuck them I say. And, everyone that I've talked to agrees. Everytime I talk to them I feel worse about myself and I haven't done anything wrong. Except for fall madly in love with a man I'm willing to travel the world over for. Which, maybe to a bunch of gun totting, backwards thinking, republican, neo nazi pigs, is a bad thing. I, on the other hand, am a million times happier for it and if that means not having said gun totting, backwards thinking, republican, neonazi pigs in my life...Well, so be it. And that's my two pence worth on that.
Posted by Wondra at 09:46 No comments: