The wedding was absolutely remarkable. We had a slight bit of panic on the morning of the wedding. Mostly because we couldn't find Jay... Who was panicking because he couldn't find a suit. Lol. But, we got it all worked out in the end. 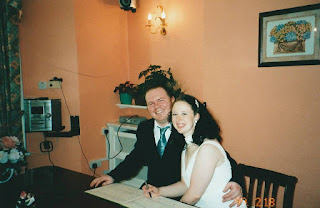 Jay and I both looked and felt fabulous and everyone made it on time. Jay made me laugh through the whole ceremony by pulling faces at me. It was just a lot of fun. We all went to The Castle afterwards for dinner cooked by Bev and a few drinks. And by a few, I mean a ton. Lol. 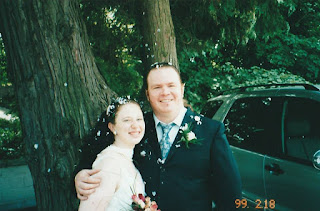 I'm sure Jay's mum was up to 18+ but she swears she lost count. Jay's dad was the life and soul of the party with his jokes and stories. Watching Jay's mum and dad, it was hard to imagine why they'd ever divorced. We finally ended the day around 10ish and came back to the house for more champagne and pizza. (Don't get me started on the man eating pizza...Lol.) All in all, it was a great day. 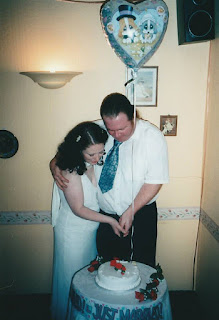 Other than that, Katie's gone back to the States now and things are pretty much back to normal here in the Vanian house..
Posted by Wondra at 19:28 No comments:

I finally beat the crossword challenge! Huzzah! (With the help of Katie and Jay's mum... Lol.) Jay had to pay up and bought me a new Living Dead Doll. (Season Seven: Lust) Yay! Now, if I beat the crossword, I get TWO LDDs. When's the next time I'll have another English major around? Lol.

Jay's mum pierced her nose today!  Lol. I guess at 54 she decided to "grow old disgracefully"... It looks really cute though. (How cool is this family?) 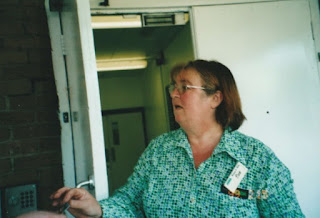 Katie and I went with Jay's mum to look at the kittens that Luna's mom had a few weeks ago and they were SO cute! They were all black streaked with orange and had huge blue eyes...*Awww* Unfortunately, they were all spoken for this time so no new kittens for us...

We went to Cardiff Castle today but it was really disappointing. You had to pay £6 for a guided tour and couldn't even take pictures. So, Katie and I decided to just pay £3 and walk around the grounds. It was really annoying that we couldn't tour the really nice parts of the castle. Sucko. 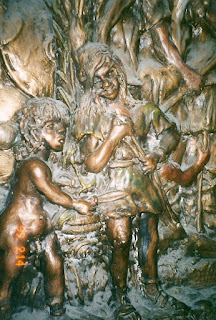 We could go see part of the Roman wall that was left but that was freaky because there was an evil mural on the wall opposite. It was suppose to be of Roman life from that time but to me it was a bunch of freaky looking carvings just waiting to come alive and eat me. (I'm watching too many horror movies...) It didn't help that it was all enclosed, dark and cold. 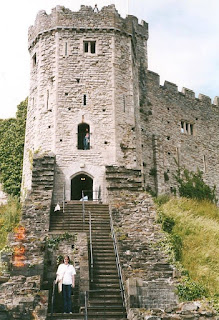 We also toured the Military Museum but that was freaky too. There were all these creepy mannequins that leered out of the corner of their eyes at you. The Nazi chair in the corner didn't help... After that, we decided to skip Cardiff Museum and get McDonald's instead...
Posted by Wondra at 19:36 No comments:

Katie says: "You wanna eat me? Fine. I will fuck you up."

Oh, I got my wedding dress, shoes, bouquet and accessories today. Yay!  Just a few more days until the wedding... I can't wait.

Jay went to see his nan today to make sure she's coming to the wedding but she might not be well enough to leave the house that day.  But, his dad is coming and Jay's actually happy about it so that makes me happy.
Posted by Wondra at 19:48 No comments:

Yesterday Jay, Katie, Dale, and I went to Caerphilly Castle and Castell Coch.

Caerphilly castle was nice but there wasn't a whole lot to see. We wandered around Caerphilly awhile afterwards and had a big shock when we had to pay 10P to use the toilets! (It's almost as bad as having to RENT shopping carts at Morrisons.) Then we braved Dale's crazy driving to go to Castell Coch. (It's much easier to type Coch than it is to say it.. Btw, "castell" is castle in Welsh and "coch" is red.) 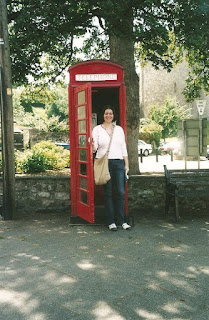 We had the most fun in Castell Coch. (I'm sure Lord Bute didn't mind us trying out his bed. Lol.) Honestly, the best way to keep us out is to NOT put up a sign that says "Stay out." Mwah ha ha. 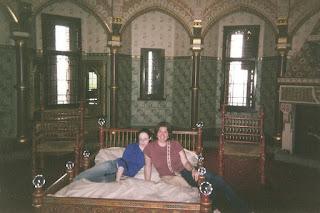 We even got ice cream before we left. Lucky us. Lol. Afterwards, Dale treated us all to dinner at Harvesters in Pontypool. It was a lovely restaurant and the food was good but the service was absolutely terrible. We had to wait almost five minutes to get seated and then another thirty minutes before we could order our food.

It got so bad that Jay called and asked the manager if we could get some service at our table. Lol. The bad thing is is that he never came over! We had to grab a waitress as she went to help another table. Then they put another bunch of people at the table behind us. To watch us probably. Lol. But we got to have sundaes to finish off so it was all good....

Today was another long day. We went to Chepstow Castle and Museum and Tintern Abbey and Raglan Castle. Jay decided to stay in the car and sleep while we wandered around. Chicken. Lol.

Chepstow Castle was great but the museum was lousy. It was just a bunch of old pictures and such. The castle was a heck of a workout. I didn't realise how afraid of heights I am until I got near the top of the towers...

Katie had fun climbing over the bars meant to keep people like us out. Lol. The Abbey was even better. It was just so gorgeous still. It's a shame that anyone let it fall into disrepair. 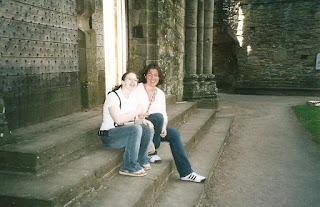 We ended up playing with the cows in a nearby field before we left. Then we went over to Raglan and I actually DIDN'T get us lost giving directions. Lol. Yay. I think Raglan was by far the best castle ruins we've seen so far. You can actually tell what used to be what. (And the latrine was butt shaped. Lol.) I didn't make it to the top of the tower that time... 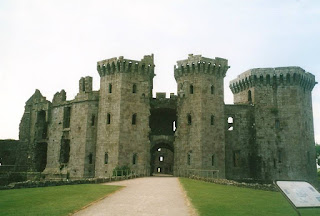 Our film got stuck in the camera there, though, so we might've lost a bunch of pictures from Raglan. Sucko.

Tomorrow's a nice quiet day in for us all and it's a good thing because our legs are killing us from the climbing!
Posted by Wondra at 19:58 No comments:

Well, Katie's only been here a couple of days and it's already been a riot. It all started with Jay and I being directed to the wrong terminal. We waited patiently at Terminal Four for an hour while Katie waited patiently at Terminal Three. Lol. Oops. Once we realised what happened, it took us twenty minutes to get to Terminal Three. Heathrow SUCKS. Anyway...

That first night we took Katie down to the pub for a few drinks. Al, Dale and Wally went too. (I'm sure it doesn't have anything to do with the fact that we told them Katie's got enormous boobs. Lol.) To say that we all had a bit too much to drink would be a bit of an understatement. Lol. I'm still nursing a skinned knee from when I got up from the bench and my legs stayed behind....But then Katie's still got skinned knuckles from when she walked into the wall... 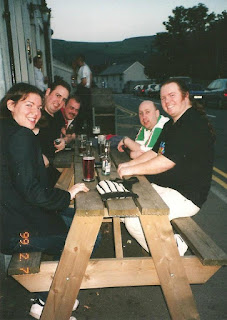 You know when you say something and you don't mean it but you say it anyway? Well, if I see the lady that I told had a big ass, I would SO apologize....

Yesterday we went to Rest Bay in Porthcawl. It was great. A bit too cold to actually be at a beach but we braved it out anyway. Katie and I went swimming in the ocean for the very first time. That was fun. Once your body went numb anyway...It was SO cold! The thing that surprised me most was the mouthful of salt water I got when Jay pushed me under. I knew that it was salt water but for some reason I didn't expect it to taste like salt...Lol.

After we left the beach we went to the carnival. That was a whole new set of fun. And by fun, I mean me throwing up all over the place. They decided to go on this spinny, turny, throws your ass up in the air ride and of course I went because I didn't want to be a sissy. Well, I should have been a sissy! The ride went on forever and ever. When they finally let us down I just fell down and puked all over the place. The guy that ran the ride was cheering! Bloody savage! Puking once would have been bad enough but I took two steps and puked again! Jay and Katie were loving it! You should've seen how hard they were laughing! But, Jay bought us ice cream and slushies so that made me feel better after. 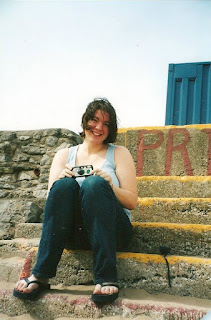 Today, we're off to the castles. To Caerphilly Castle and Castell Coch anyway. And Dale's going to try and impress Katie so this should be interesting...
Posted by Wondra at 15:12 No comments: