Ya'll know that I love football. (The American kind, not the whiny British kind. Obviously.) That means that I was there watching The Super Bowl along with everyone else -  I just had to do it much, much later.

The time difference means that I had to stay up until 3AM to catch The Super Bowl. Was it worth it? You betcha. (But I wouldn't want to be a customer dealing with me today. *yawn, snark*)

And since we're on the subject anyway, I may as well share my football board on Pinterest again: 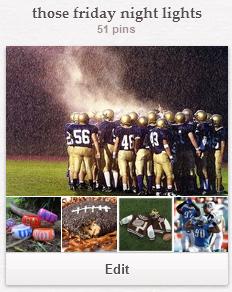 No Superbowl Party for me, sadly. Because I got annoyed by Jay's plans to go his friend's for the night (we always watch the game together), I was suitably punished by him stubbornly watching a movie in the dining room and refusing to acknowledge the game was even on.

If I'd backed anyone, it would have been The Ravens (because ravens are cool, yeah?) - which is why I almost went to bed at half time. I didn't think the lead they had could be beaten.

Beyonce would not have been my first choice for half-time entertainment *yawn* but I did like the elementary school choir opening the game. Nice touch.

(We won't even talk about the power outage. WTF?)

I guess it was a good game but my experience was soured by a foul mood.
Posted by Wondra at 11:19