No way that could go wrong... 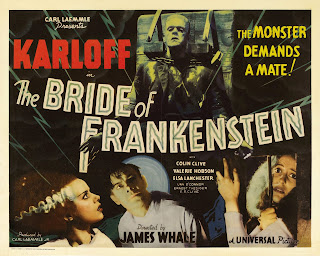 My nan saw 'Bride of Frankenstein' when it was first released in cinemas. I remember her telling me about it, about the way she screamed in the cinema when he walked through the door the first time. She told me that she ran all the way home that day.

I watched Bride again about three months ago and it's still a tremendous film. I could watch it a hundred times and enjoy it as much as that first time. 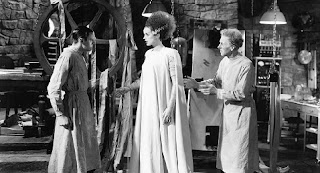 Funny, it must be my age because I actually saw Young Frankenstein, the spoof, before I ever saw Bride of Frankenstein. Brooks did such a fabulous job there.

Didn't he just? Here you have an example of how classics like 'Bride' have a long-reaching effect on everything that came after. Who can forget that scene with the hermit, which was taken from 'Bride'?

Parodies aside, you'll notice that 'Bride' is on this list but 'Frankenstein' isn't. Of all the Universal films that came out during that period, 'Bride' is, by far, the best of them all. It's the pinnacle of the golden age of Universal horror.

We spent a lot of time deliberating over which Universal movies deserved to stay on this list and which ones didn't. Do you want to explain why we kept Bride of Frankenstein, when so many others were cut?

For starters, there's nothing not to like about 'Bride'. It's atmospheric, with brilliant electrical effects. Did you know Mel Brooks used the exact same props when he made 'Young Frankenstein'? 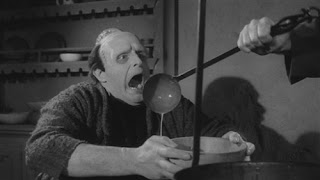 I didn't but that's pretty awesome.

Yeah, which is just one of the reasons why 'Young Frankenstein' works so well as a parody.

One of the other reasons that 'Bride' won out over a lot of the other Universal films is that it's one of the very first movie sequels. It took them years to get the director back but it was worth the wait. He brought back a lot of the original cast. (Even Dwight Frye, who had to play a different character because he died in the original.)

You mentioned the electrical effects before and I didn't get the chance to agree with you but they do work very well. In that day, with practically no special effects to speak of, the clever use of light flashes and sparks is really effective. It's still convincing, even now.

One of the reasons that I prefer Bride of Frankenstein to its predecessor is that it feels a little more like Mary Shelley's Frankenstein, which I read as a child. It always bothers me that The Monster is made out to be this mindless oaf when, really, in the novel, he was highly educated and articulate.

That's right. The fact that the monster speaks is one of the many reasons the sequel is better than the original. A smart monster is scarier than a snarling monster any day.

The only thing about 'Bride' that isn't better is Karloff as The Monster. In the original, Karloff was a starving actor. He'd been living the good life, though, in the years following 'Frankenstein' so when he returned to 'Bride', he wasn't as gaunt. It does affect the creepiness of The Monster. The Bride, though, phew. 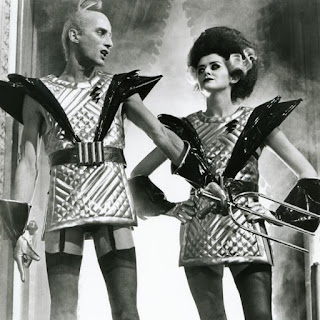 Well, yes. Exactly. The Bride is just cool beyond, from the bird-like way she moves to that wild hair. She's the most iconic female monster ever. 'Rocky Horror' borrowed the look, you know, for Magenta. It's just so far out there. Punk was exploding when I first saw 'Bride of Frankenstein' and it's a very punk look.


It is. You see the image of The Bride used a lot in rockabilly stuff too. It's great.

You used the word "iconic" before and I can't think of a better way to describe The Bride. Together, Frankenstein's Monster and The Bride make up the most iconic pair in horror history. It's also gotta be the best idea for a couple's costume ever...

Don't get any ideas.

'Frankenstein' and 'The Bride' were both fabulous but the many sequels just get worse and worse after that. At the end of the day, 'The Bride of Frankenstein' just an unrequited love story. The Monster just wanted to be loved so you can really feel his pain when The Bride is horrified by him. It's kind of heartbreaking. 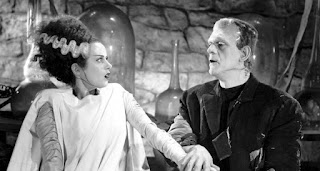 That it is - but since the end of the book made me cry, I'm probably not the best person to comment.

Well, I think that's it for today. What do you think of our choices so far? Leave a comment and let us know.