Today, on 31 Days of Classic Horror, we're going to take a look at the Alfred Hitchcock classic, Psycho II (1983).

This wasn't an easy movie for us to decide on, mostly because Jay wasn't thrilled about including a Hitchcock movie at all. According to him- 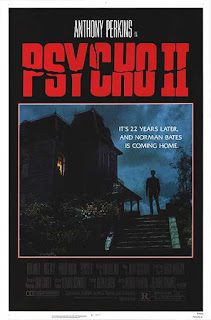 Hitchcock is a thriller writer, not a horror writer. He's overrated. I didn't even like him as a human being. I found him arrogant and pompous. He was like Johnny Speight, without the humour.

While I, of course, disagreed. Hitchcock is one of the horror directors. Most of his movies are psychological horror - but still horror. I would have included The Birds, but since Psycho II was the only one I could get Jay to agree include...

'Psycho' wouldn't have made the list. With the exception of the shower scene, 'Psycho' wasn't that frightening to me. I thought the sequel was such a clever idea, though, to bring him back 20 years later. 'Psycho' doesn't work but 'Pscyho II' does.

I remember that I went to the pictures in Brigend with my dad to see 'Psycho II'. We both loved it. My dad was older and remembered the original so he was surprised at how good the sequel was. It's one of those rare times the sequel is better than the original. The move from black and white to colour definitely helped.

You kind of lose something at the same time, though, when you switch to colour. Black and white movies, like Psycho, have a stark feeling that colour movies often fail to capture. There's more of a focus on shape and movement, since you have that missing element.

The thing that I like about Psycho II is the way Bates is totally gone by the end. You're kind of with his tormentors, in a way, because he did kill their families. But, as the movie goes on, you switch allegiances because you realise that he really is cured. Until he's not. 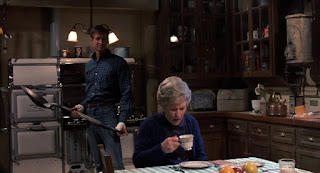 It works because you're never really sure that it's not Bates. You sort of wonder all the way through if maybe it is him. 'Psycho II' is a revenge story with a great pay-off. I love that, at the end, they'd driven him mad again and it starts all over. That end...

It's stormy and you see the house on the hill with the silhouette of his mother in the window, then the motel light comes on. Perfect. The imagery is amazing. 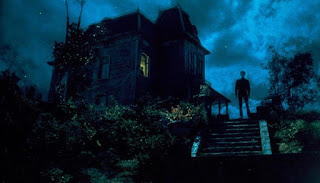 Anthony Perkins as Norman Bates is superb. Bates is a brilliant baddie because he could be anyone. He's the every-man, the nice guy. He's polite - but that's just one of his personalities. Though I don't agree with the status 'Psycho' is given in the horror genre, I won't argue that the character of Norman Bates is iconic. No one else could have played it so well. Perkins is Norman Bates.

Sometimes being too nice can be creepy too. There's always something just a little off about Bates, even when he's not stabbing people to death. It's those buggy eyes, I think... 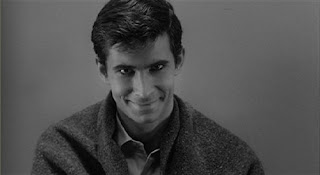 'Psycho II' is here based entirely on the strength of story. It's a truly inspired idea that's well-acted and an atmospheric score. If you're a true horror connoisseur, you have to watch 'Psycho' - and you can't watch 'Psycho' without watching 'Psycho II'.

Well said. I think that's about it for today and for Psycho II. We'll be back tomorrow. Don't forget to visit then.
Posted by Wondra at 10:00