31 Days of Modern Horror: The Ring

Yesterday's entry, Dawn of the Dead, is an action-filled horror movie that's a lot of fun to watch. You know what it's not, though? Scary. I was thinking about that today as we sat down to watch The Ring (2002). 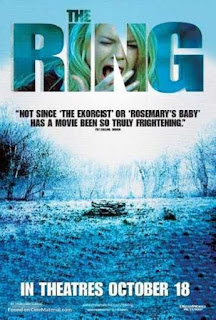 The Ring... now that scares the crap out of me.

I'm not even going to pretend to be a grown up about this. I can't watch the bits in the movie where they show the cursed video being played because there's still a little part of me that's terrified the phone will ring immediately after. To this day, I can't walk past a television screen showing nothing but static because you know that bitch is coming out of that thing.

I know, I know. For someone who lives and breathes horror, I'm a chicken shit. Not even ashamed.

"The moment Samara steps out of the TV was groundbreaking in its day. It opened up a whole other level of horrific possibilities."

Jay, the voice of reason in this madhouse. He has a few things to say about the type of horror The Ring is.

"The thing that struck me about The Ring was how little they actually show you - and how much you hear. (Or, don't.) There's almost no music. In a lot of places, it's eerily silent. It does't direct you toward the action, like the score to Dawn of the Dead did. The near-absence of a score lets the movie build up without any help, leaving the natural atmosphere and your imagination to do the work.

"There are a lot of things missing from The Ring. There's no real gore. You never even see the horse get splattered. You get a flash of blood and a scream. There's no sex, language, violence... it's all left to your imagination. You get a glimpse of the aftermath, but nothing else. It's... old school.

"The Ring is really old horror values in a brand new (at the time) film. The old horror kings always said less is more. Universal, Hammer, etc. would give you the scream and let your imagination do the rest. The Ring goes back to that. "

And, remarkably, The Ring manages to do all that, plus scare the pants off grown women - with just a 15 rating. Impressive.

Jay and I agree on many of the basic aspects of the film. As usual, there are many aspects we don't see eye-to-eye on. For instance, the relationship between parent and child was one of the dominate features of the film (for me.) You've got one mother who wanted nothing more than a child but was driven to desperate measures by the one see got and another mother whose child seems, until the last minute, to be nothing more than an inconvenience. Then, there's Samara and her father, which is an even more toxic relationship.

Moving on from that, I can't help but focus on the movie's children. There are three main children in the movie (I'm not counting the teens at the beginning) and they're all... odd. Really odd. Aidan is unnaturally independent to the point of calling his mother by her given name. Darby has some sort of undisclosed learning disability that leaves him mostly staring off into space. And we can't forget Samara...

This is another aspect of The Ring Jay and I don't agree on. I'm convinced Samara was straight up evil, right from the start. Jay has other ideas.

"Darby's role isn't as important as you think it is. I don't think anyone was trying to make something of his presence, he was just there as an example, nothing more. As for Samara, I don't think she was evil. I think there was something wrong with her. I think she was made that way. Her father was obviously mistreating her and, over time, that made something in her snap."

What do you think? Evil or abused? I'm curious to know. Anywho...

There's no argument over the ending of the film. We both agreed that, the first time we saw it, the ending to The Ring was one helluva shocker.

"If The Ring had ended where you thought it was going to end, it would have been okay. You wouldn't have been disappointed, but we wouldn't still be talking about it all these years later. The fact that it carries on, that it hits you with that twist, is what really makes the movie special. Instead of going for the happy ending, you realize they'd actually released the genie from its bottle - and it's pissed off."

The ending was brutal. Personally, I found it thought-provoking and just a little frustrating. There's that whole I-don't-think-Rachel-was-a-very-good-mother thing... she makes Aidan copy the VHS to save his life in a seemingly rare show of (twisted) affection but DAMMIT. Faced with unending evil, can you send that shit out into the world to save one child, even if it's your own? Knowing that so many other children will undoubtedly die as a result?

Could you let your child die to save countless others?

Like I said, thought-provoking. (And possibly explains why we don't have children. Lol.)

One of the other questions that nagged at me while re-watching The Ring with Jay was this: with its VHS tapes and landline phones, does The Ring really have any place in today's society? Jay thinks so.

"Absolutely, it does. It could have so easily been a disc, or a flash drive. Tapes were just what was popular at the time. It was that time when everything was switching over from one format to another. It was the twilight of video - after a good, long run. They'd been king for twenty... twenty-five years? Something new was bound to come along. Technology moves. It marches on. Horror is forever, whatever form it takes. If anything, if The Ring were made today, it would be scarier because of the rate it would spread. You don't need to wait around for a tape to be found when you have YouTube."

Which takes us right up to the most recent addition to the franchise, Rings, which we saw not that long ago. Strangely, though, I'll be damned if I can remember a thing about it - and I watched it twice. The only thing I can think to say about Rings is that it's painfully forgettable.

As Jay said, "By the time Rings came out in 2017, they'd missed the boat. The time to make Rings was ten years earlier. You had all the technology you needed a decade ago to make it work. Waiting so long, they let other movies swoop in and do it first. Really, do it better. A film has to have something a little bit different. It comes down to the originality of the story. I hadn't seen anything like The Ring. Rings, on the other hand, I've seen plenty of times, in various forms."

We can't forget, when we're talking about things like sequels and originality, that The Ring wasn't all that original. It was a remake, after all. 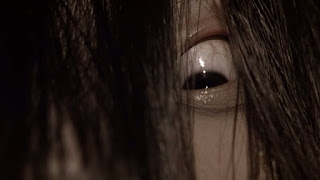 "Anyway, Hollywood did some of the Japanese remakes very well. I didn't like The Eye so much but The Grudge and Pulse were phenomenal. I guess as long as Hollywood has a template, they can make something great. There's nothing original happening in Hollywood, for sure, and it's been that way for a long time now."

I know a lot of horror fans prefer Ringu to The Ring. I'm not among them. The two are very similar, but the American version is slicker. It looks better. Ringu was too dark, meaning you had to strain to make things out. Plus, the special effects in The Ring were much, much better. More effective. The victims were grotesque and horrible in the remake but not much of anything in the original. If you've got a different opinion, be sure to make your argument in the comments below.

Honestly, we didn't even bother talking about The Ring 2, which says all you need to know.

So... after re-visiting The Ring tonight, I think I'll be sleeping with the lights on. Will tomorrow's movie have me jumping at shadows? Check back tomorrow and find out!
Posted by Wondra at 19:58