Witch: Unleashed. Untamed. Unapologetic. by Lisa Lister is a tough one to review. Do I agree with her call to feminism? Yes. That we should challenge the patriarchy at every step? Yes. That there's a witch in all of us hiding from her power? Yes.

Do I agree with anything else? 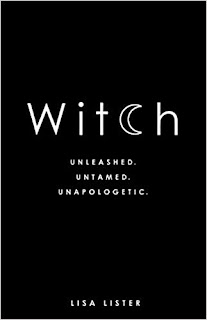 For starters, Witch comes across as horrifyingly transphobic. To disregard trans people because they're not born the right gender is an insult to us all. You can't argue that going through menopause doesn't make you less of a woman, then say trans women don't count.

I'm also displeased with the way the text handles reproduction and the female cycle. For starters, plenty of women don't bleed and ARE STILL WOMEN. Some women need birth control and that's okay too. If you want to write a book about the power of women, you'd better fucking include all women or you're just a hypocrite.

Basically, what I'm saying is that Witch is an exercise in privilege. It assumes (wrongly) you have to have a vagina to be a woman and, therefore, have no right to claim the word "feminist" unless you were born with one. Infuriating. Infuriating and totally false. Honestly, genital-based feminism is every bit as bad as misogyny. My power exists outside of my vagina, thanks, and yours does too.

Oh, and by the way, I fucking hurt when I bleed because I have menorrhagia, not because I haven't accepted the divine female within me. The author's lack of knowledge on - really, complete ignoral of - the medical profession is both uninformed and dangerous.

There's a difference between being unapologetic because you're right and being unapologetic because you're rude - a difference the author clearly understands as much as she understands everything else she wrote about in this waste of a book. The basics are either just not there or are so badly skewed to suit her purpose as to be useless. If this is your introductory book to The Craft, please give us another chance.

The book does look good, though, so there's that. It's got a slick, minimalist cover that looks fab on a shelf. Also, I like the bold statement pages because they break things up. I just wish the stuff in between had more meat. Rage at the machine all you want - but back up your argument. (Something the author doesn't do at all.) You can't just assume, for example, that everyone knows details about the witch hunts. Give them facts. If you don't know the facts or aren't willing to learn them (and source them,) don't bother writing the book.

Like I said, Witch: Unleashed. Untamed. Unapologetic. was difficult to review. I hate slamming another author's work but I can't ignore how harmful this book can be to people who might be picking it up because they need guidance. Because they feel lost. If that's you, please look elsewhere.
Posted by Wondra at 08:00