Today marks the first day of October and our look at thirty-one of the best horror actors. This wasn't an easy list to make. After twenty "definites" or so, we had to fight to secure the last 10 spots from over seventy talented, well-known, iconic, and/or inspiring actors. Today's pick was one of the easy ones because of their enormous body of work in the horror field. Today, we're going to be talking about Dee Wallace (or, Dee Wallace stone, if you want to get old school about it.)


Me: It was important to me to start with a female actor because, as you know, I was worried that women were under-represented on our list (because, of course, they're underrepresented and too often unappreciated in the horror field, except as slasher fodder.) I think your reasons for choosing Dee Wallace were a bit more personal. Want to tell us what they were?

Jay: I wanted to start with someone that we'd met to, like you said, make it more personal. We met Dee Wallace at Memorabilia, I think... about ten years ago?

Me: I think it was, like, 2007? What do you remember about meeting Dee Wallace? 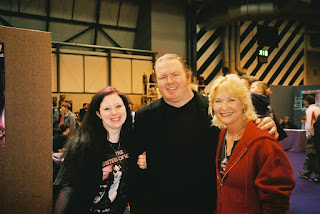 Jay: Dee was very nice. A lot of fun. I mean... it was a long time ago so I don't remember all the details... I did get her to sign my The Howling poster.

Me: Which, I guess, is a pretty good segue into her acting career. Dee Wallace has 250 acting credits on IMDb. Her horror movies include Stepford Wives, The Hills Have Eyes, The Howling, Cujo, Critters, and so many more. Which, of Dee Wallace's movies is your favourite and why?

Jay: Well, the movie I noticed Dee Wallace (or, Dee Wallace Stone as she was known then) in was The Howling, as a reporter who goes too far. It's one of those films you never forget. Except for maybe the end when she turns into a werewolf. I could forget that.

There's also her performance in Cujo. It's one of those films you can't describe; you have to see it.

Me: Dee Wallace has done even more lesser known  as she has classics. If you had to recommend just one of those smaller productions for someone unfamiliar with her work to watch, which would it be? 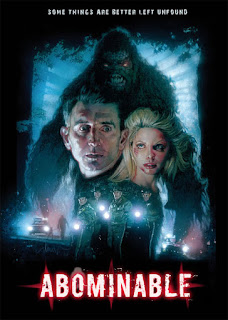 Jay: Abominable. She's only in the beginning but I really do love that movie. The effects aren't very good but it's a great campy werewolf film that's just fun to watch. It's incredible how many films Dee has done. I don't think there are many female actors who can match her for the sheer volume of horror films she's done - and is doing.

Me: I sort of expected you to say Abominable. I remember how amused you were when we first watched it. I know you also really liked her performance in the Halloween remake, which you know I hate (the movie, not Dee Wallace's performance.) What do you like about it?

Jay: Again, it was a small role for her but it was nice to see someone who gave so much to the genre getting a spot in a big remake. I know it wasn't your cup of tea but the remake did a good job of honouring horror legends.

Me: (And a lousy job of telling a story but never mind that...)

I love Dee Wallace as an actor because she was never that vapid victim who got screen time just for dying with her tits out. She always been kind of struck me as mumsy - which I want to point out is not a bad thing! As a woman, it's just nice to see a motherly figure in the forefront.

Jay: Yeah, it both helped and hurt her career, I think. She didn't like nudity, you know. At all. She always thought that there was no need for it, according to an interview on the The Howling DVD, and she wouldn't stick around for it. A normal woman in the leading role of so many horror films, who rejected gratuitous violence... these are the things that sets Dee Wallace apart.

Me: I couldn't agree more. But, is there anything else that you like about Dee Wallace? Any other reason we're dedicating the first day of our countdown to her?

Jay: It's sheer ability. Dee Wallace is a great, believable actor. Her performances are natural. She never comes across as wooden or unbelievable. I would call her performances effortless.

Me: I'm glad that we started with Dee Wallace but you know we have to decide on tomorrow's spot... right?


Thanks for stopping by! Don't forget to check back tomorrow to see who our next Best Horror Actor will be!
Posted by Wondra at 10:00