Me: We're talking about Christina Ricci today and it's nice to be able to talk about someone my own age. Christina Ricci was one of those actors girls my age wanted to be. Her and Winona Ryder.

Before we get started, we should probably mention why Winona didn't make the cut.

Jay: She really hasn't done many horror films. Nowhere near as many as Christina Ricci, anyway.

Me: We didn't really agree on that point because movies I'd put in the horror category, you wouldn't. Things like Heathers and Edward Scissorhands, etc. I think we agreed to call it "horror lite" but, unfortunately, not keep Winona because of it. 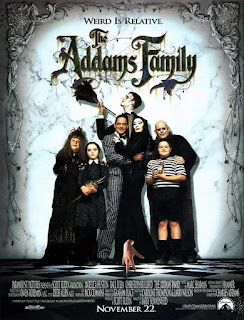 Okay, so now that's out of the way, let's get back to Christina Ricci. What is it about her that you like?

Jay: She's a good actor. And a beautiful woman, of course. It feels like I grew up with her, even though she's not my generation. I think the first movie I saw her in was The Addams Family. What a superbly cast film.

Me: Wednesday was definitely a hero of mine growing up. I did occasionally get called that, actually, because of my shall we say droll sense of humor (and general hatred of people.) I don't think anyone else could have played that role as well as Christina Ricci. She nailed it.

The Addams Family wasn't my first Christina Ricci film, though. I first saw her in Mermaids with Cher and Winona Ryder. Man, that film broke me in so many ways. I think Mermaids was partly to blame for my obsession with angst.

Jay: You're talking three women who cross generations and who dominated generations of cinema.

Me: Exactly. That's a whole lotta icon for one movie.

Jay: It was alright for what it was. Cute. Don't forget Sleepy Hollow.

Sleepy Hollow is typical Tim Burton, who made his career out of Gothic horror. Again, what an amazing cast. It's probably one of Tim Burton's best films.

Christina Ricci was maybe a little young for the role, mind. She played it well but was a bit too young to be Johnny Depp's counterpart.

Me: Seriously, though. Christina Ricci's acting career reads like a list of people I crushed on in school.

I love that in Sleepy Hollow you're never quite sure if her character is the goody or the baddie. It's a good fake out. 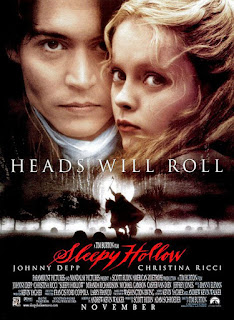 We should also look at movies like Bless the Child, The Gathering, Cursed, and After.Life. It's hard to pick a favourite out of those because they're all such strong movies with great performances from Christina Ricci. If pushed, though, I'd probably go with The Gathering because it's subtle and eerie. What's yours?

Jay: Oh, that's tough. I love Cursed. After.Life was a bit strange. The Gathering was good. Bless the Child was quite serious. It's almost impossible to pick a favourite but Cursed is a little more bubblegum horror so Bless the Child might just creep ahead.

Me: Christina Ricci stared in a TV series recently (relatively recently) that we watched and enjoyed, The Lizzie Borden Chronicles. It was nasty and edgy and I loved it. Wanna weigh in?

Jay: It was very good. I was gutted that they never did another season. I would have enjoyed more.

Me: I feel like Christina Ricci has been more prolific than she actually is. She never really does more than a few things a year but, because she's such a huge part of my cinematic life, it seems like she's always out there. Why do you think Christina Ricci is such a big name in the world of horror?

Jay: It's not like she hasn't done a fair few horror films! Sure, there are people who've done more but are they as big as she is? ...I don't know.

I can't put my finger on exactly what makes Christina Ricci stand out. Her youth? Her ability? I don't know. I guess a little bit of everything.

Me: Christina Ricci is like the Mona Lisa for me. She's always got this look like she's about a second away from laughing at you; like she knows more than you do. It amuses me.

I'm glad we were able to add Christina Ricci to our list of Best Horror Actors. I just wish we could have included Winona Rider too.