Me: Okay, let's talk about Tobin Bell. I don't really know a lot about him so a lot of this is going to be on you. 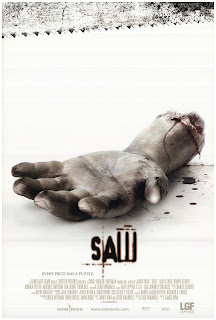 Jay: Well, Saw was his big breakthrough but I remember seeing him in a lot of television. I could have sworn he was in an episode of Highlander but, looking at it again, I guess it was Brion James.

Jay: I'd go with that. His look is part of what made Saw work so well. You can believe he's dying from a tumor, right?

You mentioned that Tobin Bell really made his name in Saw. It's not the kind of movie that I enjoy. I really don't get into torture horror. I mean... it's basically snuff, right? We've had a lot of discussions about how you don't put the Saw movies into the same category as things like Hostel. Tell me again why that is.

Me: I can understand that. They're too hard for me to watch, though. I don't have the stomach for it. I still haven't gotten over Seven.

Getting back to Tobin Bell, which of the Saw movies is the best and why?

Jay: The first is probably the best but they're all strong movies. It's like with any sequel; you can't compare them to the first because you'll never recapture that complete surprise, that shock, again.

Me: Honestly, I think the first one was the only one I watched. I'll never get rid of those images...

So... Tobin Bell carries an extremely popular horror series - but what else do you know him from?

Jay: He's been in just so many things. I liked him in Decoys. Oh, and Boogeyman 2.

Me: It was nice to see him recently in the new Creepshow series.

What is Tobin Bell's appeal? 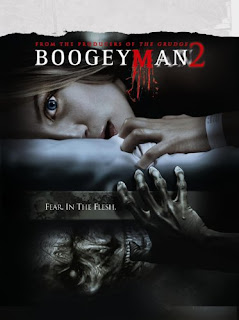 Jay: I think a lot of it is his performance in Saw. It's that once in a lifetime role that was just made for him. He's got the looks, the ability, the voice to make it work.

Jay: Just look at the films he's done. Aside from all the television work, he's been the start of a huge franchise. It's not like Friday the 13th or one of those things anyone could do as long as they're behind the mask. You need the emotion, the pathos that Tobin Bell brings.

Me: I'm interested to see where he'll go from here. I guess only time will tell...

Well, thanks for stopping by! Don't forget to check back tomorrow to see who our next Best Horror Actor will be!