Me: It's time to talk about Jeffrey Combs. Wanna get us started?

Jay: Jeffrey Combs is one of those actors who got lucky. He landed his big role with Re-Animator. After that, he became one of horror's great character actors. 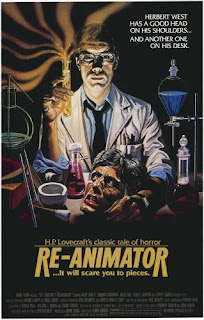 Me: Since I still haven't seen it, tell me about Re-Animator.

Jay: It came out in the late Eighties and as very different. The main character made a serum that would reanimate dead flesh. Any dead flesh. You could put a pair of eyeballs on a severed hand, inject it, and it would start moving around.

Jay: I didn't really like any of the Re-Animator movies. They're cult and plenty of people love them, but not me.

I've had a few chances to meet Jeffrey Combs and missed him every time. It's so frustrating.

Me: He's definitely on the list of people I hope we meet one day. I've seen him in so many different things.

Jay: Like Brad Dourif, Jeffrey Combs has been in just about everything. It feels that way, anyway. He was even a regular in Deep Space Nine. Actually, he had three different roles but Weyoun was the main one. What a spiteful character!

I think his most memorable role was as in The Frighteners. That was a great movie.

Me: I love The Frighteners! It's one of those movies that has a little bit of everything: horror, comedy, even romance. And Dammers totally got what was coming to him at the end!

Jay: It's a great scene, when you see Combs's character in the back of the car, looking all surly.

Me: I remember Jeffrey Combs in things like Feartdotcom and Return to House on Haunted Hill. What other movies do you remember him from? 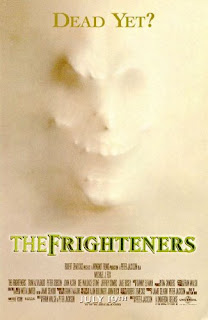 Jay: Jeffrey Combs was also in Abominable. I feel like this list is basically just the cast of that movie!

Me: So, what's your favourite Combs movie?

Jay: Good question. Um... well, he's done a lot of voice over work, including some cartoons that I like but I think my role is The Frighteners. He's such an ass in that. It's an overlooked film that's absolutely brilliant.

Me: Jeffrey Combs is a great actor, but what sets him apart? What makes him one of our Best Horror Actors?

Jay: I guess it's because you don't always notice him but, if you do, it's because he's playing such a villainous part. He can disappear into the background or make you hate his guts.

Me: Yeah, he is one of those characters you love to hate.