Before we get started, can we just agree that when I talk about the other Halloween movies, I’m only talking about the real Halloween franchise? I refuse to acknowledge White Trash Halloween as canon.

Oh, I dunno… there were bits in them I liked, and the casts were superb. It’s a who’s who of horror.

Then how were they so fucking awful?

Because Rob Zombie directed it?

Well, I can’t argue with that.

There are people who love his films, but I don’t. I don’t get the attraction. With the exception of the first Halloween, I just don’t get anything Rob Zombie has done.

Okay, so… we’ve been talking about timelines because of the new Halloween movies. The new timeline eradicates Halloween II completely. 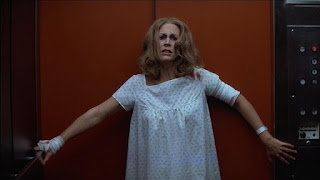 Which, for me, is the best of them all. It’s my favourite Halloween film. There are a number of reasons for that. Firstly, it carries on from the same night. Plus, the music was much darker. It’s like they took the original music and put it on steroids. There’s a richer sound in the theme for the second.

The other thing that made it much more sinister for me is that The Shape moved differently in this one. He was slower and more deliberate. More methodical, which made him much scarier.

What about that timeline, though? Even though the new movies – I keep wanting to call them reboots – take this movie out of the picture, you did still like them, didn’t you?

Yes, I did. But it wasn’t a reboot, it was a continuation. What appealed to me most was that Carpenter came back as a producer and to give input. I understand why he didn’t want to do more Halloween movies back in the day, but I wish he had – especially back then, when he was on fire. From ‘76-‘86, he was on another level. If you look at the films during that time, it’s a tour de force of ‘80s horror. He was smack in the middle of the video boom and he owned it.

What are your thoughts on the new movies, then?

It’s a clever reimagining. The franchise is a bit like Friday the 13th… it can get a bit ridiculous. I feel like they could have easily included Halloween II in the reboot, but they didn’t They kind of played down Loomis’s role as well, which I thought was unnecessary. He’s such a big part of he franchise, even in the ones that he wasn’t alive for. You still hear his voice in a lot of the movies. Loomis was in them until, what, number six? He was Halloween.

Which timeline do you prefer? 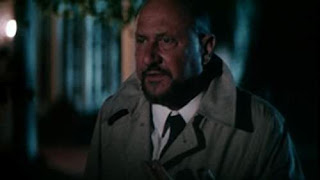 Same. It’s one of my favourites.

As far as timelines go? Honestly? I preferred just the first two. That was enough for me. I do kind of like the new timeline, even though it takes Halloween II out of the equation because the story continues. You’ve got the same characters back, all those years later. You get more of their stories. It carries on.

I can’t remember if I asked you why Halloween II over Halloween? If not, why?

Well, with Halloween II, there’s a kind of nostalgia to it. I suppose we were about 9 or 10 when we watched Halloween II and we’d just had our first video player. There weren’t any real certificates rules at the time so you could rent anything you wanted. They didn’t really care if it said “18” on the box. No one was enforcing it. It was just a pound a night to rent it and you took it back the next day.

How did you see the first one? You were a bit young to go to the cinema.

I watched Halloween at my friend’s house because he was the only one with a video player. Back then, you rented TVs and video players because they were too expensive to own. Having seen Halloween, we couldn’t wait to see Halloween II. Mind you, I’ve never been so disappointed with a film as I was with Halloween III: Season of the Witch. You could hear the music but then we got in and there was no Michael Myers.

Wait. You love Halloween III: Season of the Witch.

Of course I do. Now. But this was back then. I was so pissed off. The music we heard was them showing the trailer for Halloween in the pictures. So. Pissed.

Hah. Okay, so why was Halloween II so scary for you?

I’ve never liked hospitals anyway but having escaped from a hospital in the middle of the night, I’d had first-hand experience of just how creepy they could be. Halloween II made it that much worse. 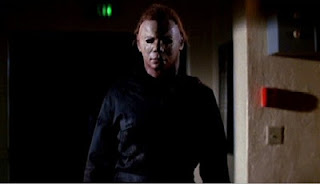 Up until Mad Max 2: The Road Warrior, Halloween was the most successful independent film of its time. The film poster with the pumpkin and the knife was very iconic – and, of course, there’s the music. It’s fuller and has more bass. It’s a better sound. I know I keep coming back to the music, but it really does play a massive role.

Most people would probably argue with me about Halloween II being better than Halloween and I understand why. It’s literally just my preference. A lot of it comes down to The Shape, which was much more menacing. Something they did well was just show The Shape just a little. Just barely light him enough that you know he’s there. The fact that he was so slow and deliberate made him feel like he was unstoppable. Like he didn’t have to chase you because he knew that hew would catch you.

Have you thought about your favourite death scene? One of the things that makes Halloween II stand out in my memory is the scene in that damned tub. *shudder* It still creeps me out.

That was pretty nasty. It was a gruesome death, no doubt. There were a few that were nasty but you didn’t see them, like the doctor with the needle through his eye.

Favourite moment? Maybe the nurse, when she sees Laurie and The Shape comes up behind her and stabs her from behind and picks her up off the ground is one. Oh, the other one was with the cop. Loomis told the cop not to go near Michael, but the cop doesn’t listen and of course Michael kills him and it’s like, “You were warned, dumb ass!”

This is the last movie on our countdown and it’s time to wrap things up. Go.

Halloween is considered one of the great horror masterpieces and I’m not arguing with that. I just found Halloween II scarier – maybe partly because it was in a hospital, which scared me anyway.

I’m glad we’re finishing with this one. Thanks for letting me pick your brains this month.

What are we doing for Halloween? There’s a whole day we haven’t covered…