With a classic like Halloween, it’s hard to know where to start…

Why don’t you tell me about the first time you saw it?

I was about 11 or 12 years old. It would have been about 1980is. My friend’s dad might have had it on video… Halloween II was due so, it had to be about late 1980/1981. It might have been have recorded off television, but it could have been a video. My friend’s dad would record the Friday night horror films and on Monday, we’d pile down to his house and watch them. We wouldn’t tell our parents, of course, we’d just go and do it.

What do you remember most about it? Wait. A room full of boys…

The boobies, right? It was the boobies. 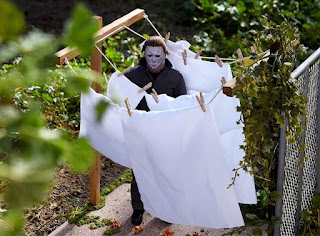 Believe it or not, the thing that I remember most about Halloween was the music. I couldn’t get enough of the music. I’d never heard anything so sinister and terrifying. It was the start of my collecting horror movie soundtracks. I think Creepshow came next. I loved that one too.

You were pretty young… was it very scary at the time?

Well, one of my friends could hear his mum calling for his tea, which was a sure sign that the movie was frightening. We were all there to watch horror films so I never understood the boys who couldn’t handle it.

In all fairness, I think Halloween was one of the films that scared my friends the most, second only to The Evil Dead, which was an event.  It’s funny how it's different when you watch a film like The Exorcist. We were messing around so when the scary bits came up we didn’t really care. But with Halloween, it got us right from the beginning. You knew a film was good if everything went quiet. It meant that it had gotten our attention.

A room full of boys. That is asking something!

It seems an inane thing to do because everyone knows Halloween, right, but I have to ask you to give me a synopsis of the movie.

It’s pretty simple. A child kills his sister and spend the next however many years in an asylum. He gets out and goes back to his hometown to carry on his rampage. It was clever when they did the sequel because you found out that Laurie was his sister.

I know you’re a big fan of John Carpenter’s…

Do you want to talk about his work on Halloween?

Carpenter was working on a shoestring when he made Halloween. He’d had a couple of films but hadn’t hit the big time yet. Assault onPrecinct 13 was out, and it did okay, but he hadn’t become the powerhouse he would be yet. After Halloween, he couldn’t do any wrong. For the next decade, he was prolific. 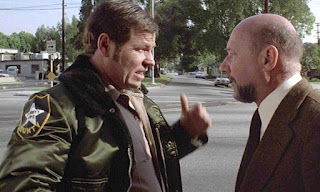 It was. The later stuff wasn’t as good. Carpenter’s music suffered without Alan Howarth. I’d never heard synths used in horror films the way Carpenter was using them then. It was a unique and distinctive sound. Without Howarth, it all got very same-y.

We were talking about some of the potential casting choices for Loomis and about how glad we were that Donald Pleasance landed the role. Do you want to go back to that?

I’m glad it wasn’t Christopher Lee because he would have been way too pompous. It would have been nice to keep him in the public gaze, though. He sort of faded for a while during that period.

Peter Cushing could have been amazing. He had the ability to poke fun of himself, which Christopher Lee never really seemed to be able to do but Donald Pleasance made the role his own. I mean, you’re talking about a Bond villain and yet the thing people remember him for is Loomis. That’s to be admired.

Some actors get pretentious and complain that it’s all they get remembered for, but Donald Pleasance said he’d play Loomis as long as he could.

When we were talking about Halloween II, you said that Loomis, more than Laurie Strode, was the face of the Halloween franchise. Do you want to elaborate?

Don’t forget, Jamie Lee Curtis was only in the first two movies. Loomis was the continuity in Halloweens 4, 5, and 6. Anyone could be Michael but only Donald Pleasance could be Loomis. They even had him in the new ones, thanks to CGI. It was a nice touch. Even though he’s been dead for so long, they were able to bring him back to be part of the new trilogy.

We’ve spoken a bit about timelines about how the new timeline takes Halloween II out of the picture. If you do that, you lose a lot of the Loomis stuff afterward.

Yeah, you do… but it’s not a total waste. The problem with anything after Halloween II – you knew they’d bring Michael back because he was such a big money spinner – was at the end, Loomis blown them both to bits. Except, after that, he’s got a few scars but this explosion that would have turned anyone else to cinders, he and Michael have both survived quite well, thanks very much. The lack of damage was just unrealistic. So, I dunno, maybe rebooting that timeline wasn’t a bad thing.

I suppose we’re looking at the likes of Nancy Kyes, P.J. Soles, and Charles Cyphers in particular. Some of them are back in the sequel. There were a few years between the original and Halloween II. Carpenter didn’t want to be involved but Moustapha Akkad did. His son, Malek Akkad, is the one doing the new films, which is nice.

P.J. Soles was a minor scream queen but never a terrific actor. Nancy Kyes did this and The Fog but she didn’t do much else, which was a shame because she was the better actor of the two.

What about Jamie Lee Curtis? 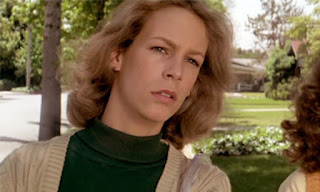 Halloween is the film that made her. She’d had little bits, but Halloween was her first big break. It was brave of Carpenter to cast an unknown. I don’t know how old she was at the time, but she was young to carry the whole film on her shoulders. It had to help that she came from an acting family. Janet Leigh is probably the original scream queen. Twenty-something years later, Jamie Lee Curtis is the most famous of her time.

This is where we usually talk about the ending…

It left it open. You knew Michael (or The Shape, whatever you want to call him) was some kind of evil force after Laurie stabbed him and he kept going. And Loomis did keep calling him evil. You can hear that breathing as he watches. It’s ominous.

It’s weird that Carpenter is the one who left it wide open because he doesn’t like doing sequels very much. I don’t know why he would have left it open like that if he didn’t want to return to it. I’m glad he did, though.