A Song for Sunday: Robbie Williams - Party Like a Russian

There are so many reasons to love this song - not the least of which being that it's one giant ''fuck you'' to Putin.


I've had this song stuck in my head for two weeks and I can't stop watching the video. Love that cheeky grin.
Posted by Wondra at 11:16 No comments: 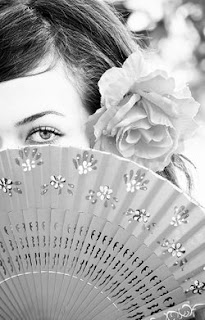 Ashlee Sinn fancies all creatures of the paranormal persuasion, especially those who like to bite. Her steamy romances tend to feature swoon-worthy heroes and kick-ass heroines.

Whether its vampires, weres, or demons, the women who keep them in line have a special place in her heart. And in her chaotic head.

LURED BY THE BEAR: The first book of The Alaska Shifters – a spinoff from The Callaghan Clan books. 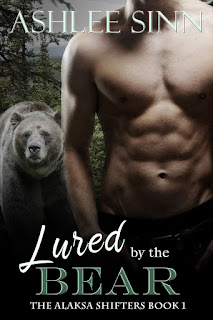 Derrick Ward has always wanted a mate. When all of his friends settle down and start a family, he wonders if it will ever happen for him. Brandt, his clan leader, has some females in mind, but Derrick refuses to accept a forced mating. And now the time has come for the shifters to reveal themselves. Derrick fears that once the world knows he’s a grizzly, he’ll never be able to find that right person to fill his den.

Julia Housten has been in love with Derrick for years. Still recovering from the negative reputation her father left behind by his failed challenge for clan leader, she worries that Derrick will never accept her as a potential mate. So when she has an opportunity to do something good for the clan, she can hardly contain herself when she learns she’ll be working with Derrick.

The International Shifter Coalition is moving forward with the big reveal while Julia and Derrick discover just how perfect they are together. But with the reveal comes a danger they hadn’t expected. A new threat that could tear them apart looms nearby, and it will take the whole clan to protect everything, and everyone, they love.


As I set down my fork after cleaning my plate of salmon, crab legs, and roasted potatoes, the smile grew on my face. “I seriously think that was the best dinner I’ve ever eaten as a human.”

Derrick smiled and took a drink of his wine. “As a human?”

“Isn’t that a stereotype?” he teased.

“Maybe, but it’s true. If you don’t know where I am, check down by the shore.”

“Good to know,” he said with a wicked grin. Raising his glass, he stretched out his arm in an offered toast. “To the last day of anonymity.”

The worry in his face ruined the handsome jawline. “It will be okay,” I said after I clinked my glass to his.

“Do you really think so?”

“I do,” I said, taking a sip. “People aren’t what they used to be. They’re more tolerable of differences and more curious about the unknown. I mean I think it will be a little rough for a while, but something else will come along that’s louder and shinier, and their interest will move on.” When Derrick just stared at me, I shook my head. “What?”

“Do you even understand how much I want to take you back to my place right now?”

“Huh?” Words simply wouldn’t form as the aroma of his bear filled the space around us. His hand found my knee under the table and the feeling of skin on skin ignited a fire of need in me that I hadn’t felt before.

“I will never forgive myself for wasting so much time with you.”

“I knew you had a crush on me. The brothers teased me about it all of the time. But I wouldn’t listen. I refused to listen. Even if, now that I can look back, even if my bear was trying to tell me otherwise.”

I swallowed the emotions welling up in my throat. “What are you saying, Derrick?”

“I’m saying that I want you to be mine. And I wish we hadn’t wasted so much time getting to this place, but now that we’re here…I don’t ever want us to be away from each other. These last few days have been torturous for me. My bear wants you. I want you.”

Derrick lifted his hands and reached across the table for my own. When I placed them inside of his, he smiled. “You’re my mate, and I love you.”


OTHER BOOKS BY ASHLEE SINN: 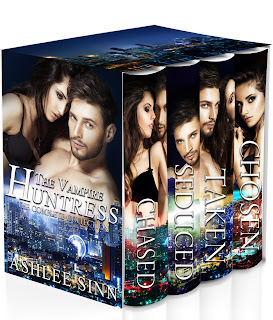 The Alaska Shifters
Lured by the Bear

A Song for Sunday: The Damned - Dr. Woofenstein

I know I already gave ''Dr. Woofenstein'' a spot but I just can't get enough of it.


If you were to happen by Castle Vanian, there's a pretty good chance you'd hear this song playing. We're kind of obsessed at the moment.
Posted by Wondra at 11:16 No comments: