Me: Shepis's acting career starting in 1996 with the Troma movie, Tromeo and Juliet. She has 140+ acting credits on IMDb and just about all of them are horror. I know I've see her in tons of things but I couldn't bring her face to mind. For me, Shepis is one of those actors who always seems to be there, but doesn't stand out. What are your thoughts? 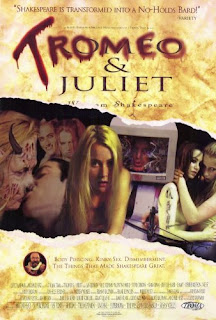 Jay: She's one of those actors that you're never fully aware of but it's shocking just how many horror movies she appears in. She really has earned that scream queen label because there are very few actors who've been in the number of horror films she has.

Me: I'm more familiar with Shepis's more modern stuff, like Ouija House, The Black Room, and Hallows' Eve - decent horror movies. Easy watching. When did you first notice her?

Jay: Wow. I can't answer that. I just can't think of the first thing I saw her in. She's just done so much it's impossible to say. I love her in Abominable - but that's partly because I really enjoy that film. It's a cheap little horror film but it really works.

Me: And what stands out about Tiffany Shepis's performances? What sets her apart from other scream queens?

Jay: It's not really about her ability; it's about quantity. I really don't think there's a harder working horror actor out there today. Don't get me wrong, she's not a bad actor. They wouldn't keep hiring her if she was bad, right?

Jay: So not in the same league. Tiffany Shepis puts in a good, solid performance, every time. She's reliable.

Me: It was hard to come up with a final list of Best Horror Actors because there were just too many brilliant actors to choose from. Even so, Tiffany Shepis earned a spot pretty much straight off the bat. Tell me why. 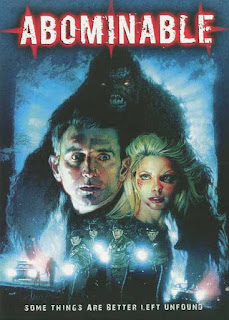 Jay: Tiffany Shepis is the one I think of when I think modern scream queen. She's done so many horror films that I couldn't even begin to name them all. To do all those films and she's, what, barely 40? That's impressive.

Okay, I guess we'd better wrap things up. Anything else you want to add?

Jay: That's about it. Tiffany Shepis has been around twenty years and hasn't let the grass grow under her, if you know what I mean. She's just been insanely busy - hopefully, with a lot more to come.

Me: Well, since we came across a few movies of Shepis's that we haven't seen, I supposed we'd better go see if we can find them...

Thanks for stopping by! Don't forget to check back tomorrow to see who our next Best Horror Actor will be!