I had a rough start to the week (Yay, mental illness!) so the hubs got me the new Power Rangers movie to cheer me up. Guess he didn't reckon on having to watch it with me. (Mwah ha ha.)


Straight away, I knew Power Rangers (2017) was going to be a winner because they did three things that impressed me. 1: The Black Ranger is no longer a black guy. 2: The Yellow Ranger is no longer Asian. 3: The Blue Ranger is autistic. If I have to explain why these things are important in today's society, you can go ahead and leave. I'm not interested in your opinion, anyway.


If, like me, you were a fan of the original, there are a few moments you'll be waiting for:


You won't be disappointed.

Bryan Cranston makes for a very good Zordon and Bill Hader's re-imagined Alpha 5 is an absolute riot. My favourite part? The obligatory end-of-credits scene. I won't say why and ruin it but fans of the Green Ranger will be pleased. 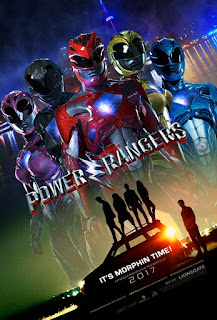 The only part of Power Rangers (2017) I'm not stoked about is Rita Repulsa's new look. I'm not sure why she changed so much but I suspect it has something to do with trying to make her character "sexier". (Okay, the original Rita was pretty hokey but still. It's the Power Rangers - how serious do you want it to be?) 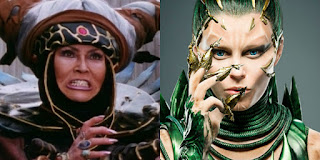 Overall, Power Rangers (2017) was a total win for me. The hubs? Not so much. He kind of lost the will to live during the team-building scenes but he's an old fogey so don't judge the movie by him. I think there'll be a sequel pretty soon and I'm totally down with that.
Posted by Wondra at 22:42